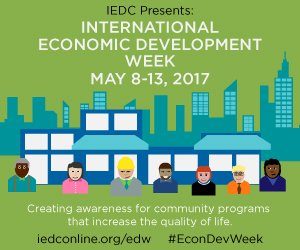 PEDCO Chairman of the Board, Brian Moore, spoke to the work of PEDCO and Economic Development Week, saying,  “Good economic development is the lifeblood of any community. The very definition of a primary job means that we’re injecting revenue from outside the community that funds our schools, transportation, and other community priorities. These are the jobs that PEDCO focuses on help build a better Pueblo for our children and grandchildren. This is just one reason I’m excited to be affiliated with PEDCO.”

Follow the Economic Development Week Conversation at #econdevweek or #edw2017.  Visit www.choosecolorado.com for updates about economic development activities at the state.

Not a Member of PEDCO???

The Morning Mingle is an opportunity for you to get a hot cup of coffee and visit with the PEDCO Staff, Board of Directors and other members in a casual environment to talk about how you can become involved with PEDCO too!

Pueblo’s job recruiters are getting busier in their own backyard.

This week, leaders of the Pueblo Economic Development Corp. gave more details about the pro-Pueblo television commercial set to air in the Denver market.

Also, they reiterated their wish to forge closer ties with economic development leaders in Colorado Springs in order to better promote Southern Colorado as a regional draw for employers. Until recently, Southern Colorado lagged behind Northern Colorado in job growth since the 2007-09 U.S. recession.

About 75 members and visitors attended.

Among those in attendance was Dirk Draper, president of the Colorado Springs Chamber and EDC. In Colorado Springs, the group serves the combined functions as the Greater Pueblo Chamber of Commerce and PEDCO. EDC stands for Economic Development Corporation.

Brian Moore, the 2017 chair of PEDCO and the chief executive of St. Mary-Corwin Medical Center, said the TV ad to air in Denver is nearly finished and copies will be sent to PEDCO members via email, he said.

“The intent is not to poach from within our own state but it is to keep some of our surrounding states from poaching Colorado businesses,” said Moore, who announced production of the TV commercial earlier this year.

He cited an example of a Denver outdoor recreation manufacturer that moved out of state and said later that it was not fully aware of the relocation incentives and infrastructure offerings in Pueblo.

“It’s with that intent, really, that we go to our larger neighbor to the north with a message about business opportunity in Pueblo,” he said.

Also, a number of railroad-dependent and other businesses in Denver are exploring moves to make room for public infrastructure projects like the Interstate 70 widening and National Western Stock Show expansion, PEDCO leaders note.

The television commercial also serves as a follow-up to the full-page advertisement PEDCO ran last year in industry publication Site Selector magazine, Moore said. It also ties in with the new regional jobs creation push sought by Pueblo and Colorado Springs, which also advertised in the publication, he said.

“Some of the feedback we’ve gotten from the site selectors is you guys really need to sell the region,” Moore said. “And so, Dirk, I think its really exciting you’re here and we’re seeing these lines of dialogues strengthen between Pueblo and Colorado Springs.”

Pueblo and Colorado Springs residents “live regionally. … And when we are able to speak to the regionality, that strengthens our ability as Pueblo to land successful recruits. And where we can have a joint message, I think that really benefits the region,” Moore said.

The Greater Pueblo Chamber of Commerce has long participated in regional economic development meetings and programs with Colorado Springs, including partnering on initiatives to protect jobs at Fort Carson.

The TV ad to air in Denver will include footage showing Pueblo’s business infrastructure and also amenities such as Lake Pueblo.

Moore, giving his first address since his election as chair, also spoke about the challenges of economic development and his high regard for the work of PEDCO, a mostly volunteer, dues-funded group open to the public.

“Economic development is an exciting field but it also is one that can be fraught with frustration because at the end of the day … the ultimate decision rests with the business,” he said. “Many of these deals, after investing untold hours over months and sometimes years, suddenly go on delay. At PEDCO, we have absolutely have no control over that.”

He also noted Express Scripts’ decision to close its 300-worker Pueblo call center, announced earlier in the day. “It really emphasizes what we do and why it’s so important and how aggressive we have to be,” he said.

Shaw also gave a detailed report on PEDCO’s other operating plans for the year, including its new strategy of assigning members to cluster groups to research prospects in specific industries. The clusters align with PEDCO’s targeted industries of aerospace, rail, recreation and hemp.

Also, he noted construction recently was completed on Pueblo’s latest shell manufacturing building, built near the pewag Traction Chain plant along I-25 in south Pueblo. Pueblo City Council approved funding for the project from the city’s half-cent fund for economic development, citing the dwindling supply of available industrial buildings in the area. 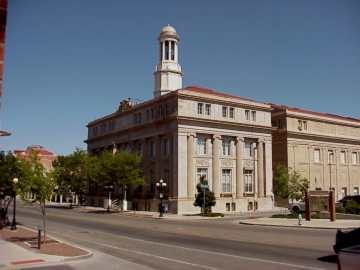 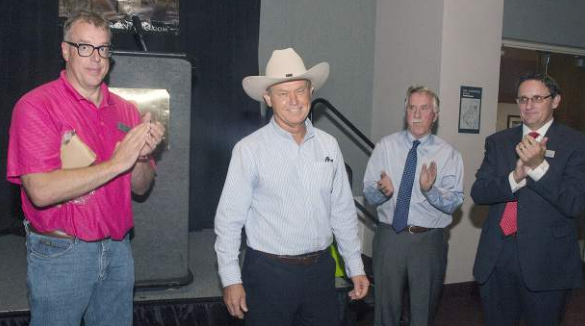 A manufactured stone veneer company plans to open a 51-worker regional factory at an existing building at the Pueblo Airport Industrial Park. Coronado Stone Products, founded in 1959 and based in Fontana, Calif., expects remodeling work to begin immediately with plans to open by early next year, company president Scott Ebersole said.

Read the full story on the Pueblo Chieftain Website. 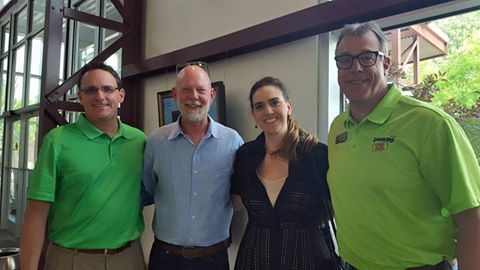 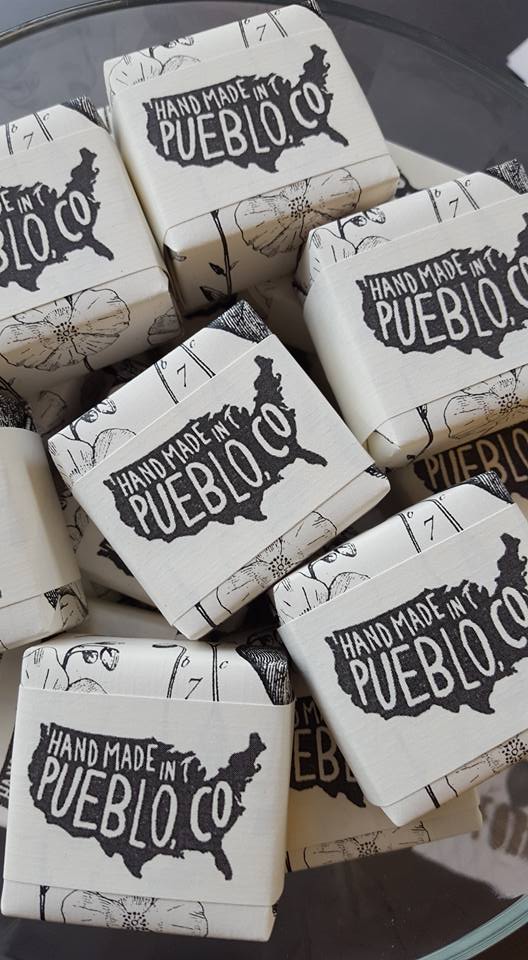 A small business can make a big difference.

The Pueblo Economic Development Corporation on Wednesday celebrated the expansion of one of those small local businesses — Formulary 55, a luxury, small bath and body products company.

Read more at the Pueblo Chieftain 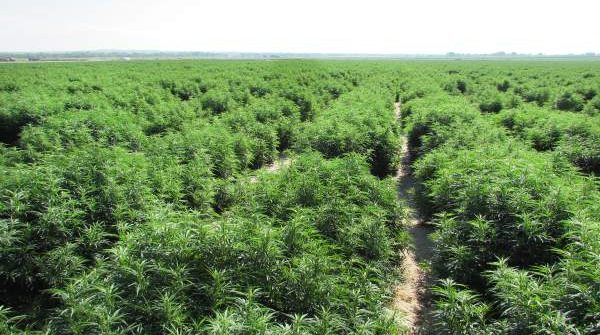 PEDCO Names Hemp as One Of Three Target Industry Clusters

In a newspaper interview, PEDCO explains why Hemp has been identified as one of the strategic industry clusters that offer significant potential for economic growth.  The other two are Aerospace and Rail. Read the full story at the Pueblo Chieftain.