Xcel Energy has cut carbon emissions 35 percent since 2005 and expects to surpass 50 percent by 2022, largely by retiring aging coal plants and replacing them with renewable sources.

Xcel has announced the retirement of 20 coal units, accounting for 40 percent of its coal-powered capacity, from 2005 to 2026, including several in Colorado. To fill the gap, the company has invested heavily in wind-powered sources, and to a lesser degree solar, while also promoting energy conservation.

Last year, about 40 percent of the electricity Xcel supplied came from carbon-free sources, and half of that amount from wind. Besides reducing its carbon output, the company said emissions of sulfur dioxide and nitrogen oxides were down by more than 70 percent. It also has cut its water consumption by 40 percent. 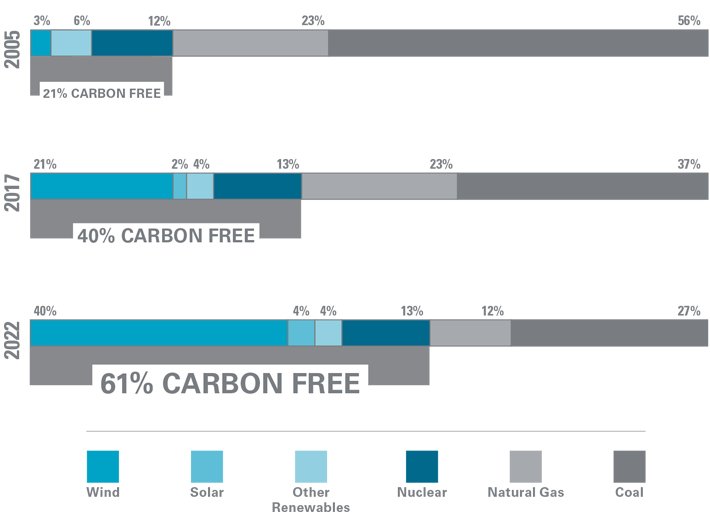 Here’s the full story about Xcel’s 2017 highlights and look into the future.